The short story shakes to the bottom of the heart. Lovely old men. 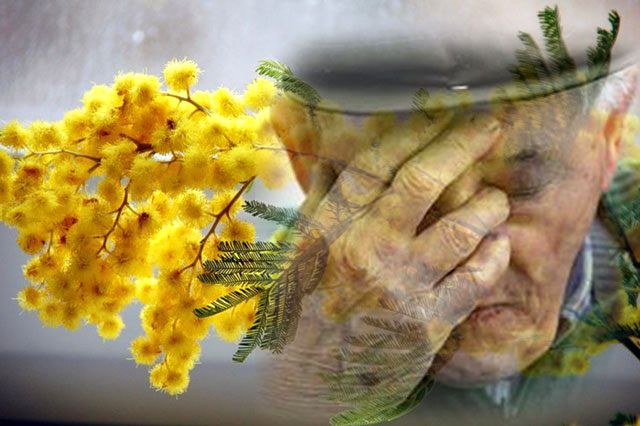 The short story... Earlier morning … on March 8. The alarm clock rang out, and without having been in time at all, properly to begin the song, stopped under the pressure of my finger. Almost in the dark I put on, having silently covered an entrance door, I went to a market. Slightly began to dawn. I wouldn't tell that weather was spring. The ice wind aimed to get under a jacket. Having lifted a collar and having lowered in it as it is possible below the head, I came nearer to a market.

— And who the seller, asked I, hiding hands in pockets. Just now, I felt, what ice wind.

— And you the sonny wait, it departed not on long, now will return, — the aunt selling in the neighbourhood pickles told.

I became aside, lit and even started smiling when presented as my women will be delighted, the daughter and the wife.

Opposite to me there was an old man. Now I can't tell what exactly, but in its shape something attracted me.

To read the short story about the Ukrainian old men, about true love and devotion.

The old sample a raincoat, a style of 1965, on it wasn't a place which wouldn't be sewn up. But this darned raincoat was pure. Trousers, same old, but perfectly ironed. Boots, are polished to mirror gloss, but it couldn't hide them age. One boot, was tied up by a wire. I so understood that the sole on it simply fell off. From — under a raincoat old almost shabby shirt was visible, but also it was pure and ironed. The person, his face was the ordinary person of the old person, here only in a look, there was something unshakable and proud, despite of everything. Today there was a holiday, and I already understood that the grandfather could be shaven in such day.

On his face was about ten cuts, some of them were stuck with newspaper slices.

I stood behind it and slightly sideways. I saw how the grandfather in eyes had tears …

— One and I will potter with you, leave — the shop assistant roared.

— Hozyayushka, you simply tell, how much is, instead of shout at me — as the grandfather said in low tones.

— All right, for you, 5 rubles the branch — with any grin told the shop assistant.

On her face there was a malicious smile. The grandfather pulled out a shivering hand from a pocket, on his palm three pieces of paper on ruble lay.

— Hozyayushka, I have three rubles, can you will find for me a branch for three rubles — somehow the grandfather very silently asked.

I saw his eyes. Still, I never saw so much melancholy and pains in eyes of the man. The grandfather shivered from cold, as a sheet of paper on a wind.

— On three you to find, ha-ha-ha, now I to you will find — the shop assistant already cried out. It bent down to a basket, long in it something looked for …

— On hold, run to the girlfriend, give, ha-ha-ha — this silly woman wildly laughed.

The grandfather stood and held the broken flower in hand and cried.

— You hear, a bough, what you, do? — I began, trying to keep the remains of tranquillity and not to go the shop assistant to the head a fist.

Probably, in my opinion there was something like that that the shop assistant somehow turned pale and even decreased in growth. She simply looked at me as the mouse on a boa and was silent.

— You, chicken stupid, how much is your bucket? — answer quickly and distinctly that I didn't strain hearing — it is hardly audible, but I very clearly told.

— On, the father, take, and go congratulate the wife — I told. The tears, one behind one, swept on cheeks of the grandfather. It wound the head and cried, simply silently cried …

At me at tears stood in eyes. The grandfather wound the head as a sign of refusal, and with the second hand covered the broken branch.

— Well, the father, went together, I told and took the grandfather by an arm. I bore flowers, the grandfather the broken branch, we went silently. On the road I pulled the grandfather in an epicure. I bought a pie and a bottle of red wine. And here I remembered that I didn't buy flowers.

— The father, listen to me attentively. I have money, for me these won't play a role of 50 hryvnias, and you with the broken branch wrong to go to the wife, today the eighth of March, take flowers, wine and a pie and go to it, congratulate. At the grandfather tears … they poured down flew on his cheeks and drop on a raincoat, at it began to tremble lips. More I couldn't look at it, at me at tears stood in eyes. I literally force handed over to the grandfather in hands flowers, a pie and wine, was developed, and, wiping eyes, took a step to an exit.

— We … we … 45 years together … she fell ill … I couldn't leave her today without gift — the grandfather, thanks silently told you … I ran, at all without understanding where I run. Tears flew from my eyes …